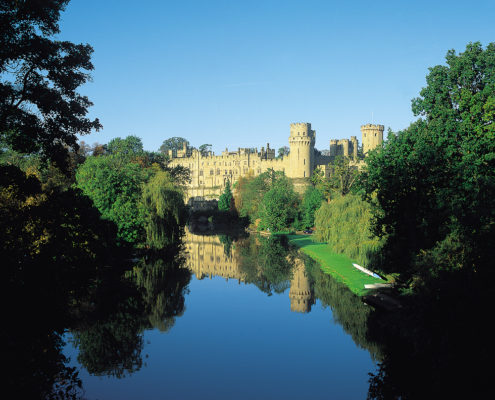 The town of Warwick was founded on the banks of the River Avon in 914 AD by Ethelfleda, sister of Edward the Elder, as a defence against the Danish invaders., in the heart of England.

Many of the central streets of the town were destroyed by the Great Fire of 1694. The buildings which were burnt, and many which were not, were re-built in the handsome style of the late 17th and early 18th centuries.

The town of Warwick is manly known for its most dramatic and complete mediaeval castles in the country. It has been inhabited continuously since the Middle Ages, and was the home of the Earls of Warwick until recently.