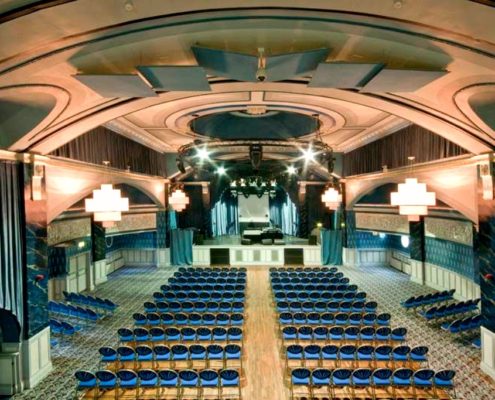 The Assembly is a stunning, art-deco, multi-function venue in the heart of Leamington Spa. It opened its doors in the summer of 2008 after a multi-million pound redevelopment designed by Lawrence Llewellyn-Bowen. The venue won the highly coveted Music Week Award for ‘Best Live Music Venue’ in 2010 after winning the award for ‘Best Live Entertainment Venue’ at the 2009 Godiva Awards.

Built in 1926, the venue was originally named The Bath Assembly Hall. Its Art-Deco interior, indicative of the period, was the setting for balls and dances where the Foxtrot, Waltz and Quickstep were the moves of the moment.  Renamed again in 1952 as The Embassy Ballroom.

The Butterfly Farm – Stratford upon Avon
Scroll to top
Translate »